Etheria
The Princess Alliance is a group of Princesses with magical powers in The Rebellion and are the titular protagonists of the series. The latest incarnation was founded by Adora, Queen Angella, and Glimmer.

At the beginning of the series, we learn the Princess alliance had a crushing defeat by the Horde many years ago. This caused the First Princess Alliance to disband. The only remaining members were Netossa, Spinnerella, Glimmer, and Angella. Adora joins after she defects from the Horde, becoming the alliance's lead warrior as the all-powerful She-Ra. During Season One, her main goal is to reform the Princess Alliance.

Throughout the first season, Adora manages to convince Perfuma, Mermista, and Entrapta to join the alliance after she helps them fight The Horde. In Entrapta's case, her loyalty is gained after Adora helps her defeat some of her rogue robots. Although she tries her best to gain Frosta's allegiance, her lack of respect and feuding with Catra during Frosta's Princess Prom reinforces Frosta's decision to reject the Alliance.

During a raid on the Fright Zone, Entrapta is left behind and thought to be dead, causing a separation between her and the Alliance. Although her loyalties are still not entirely clear, at the end of Season 1 she is fascinated by the Horde's tech and seems to hold more of an allegiance towards science, cementing her separation from the Princess Alliance. She returned to Bright Moon after her incarceration on Beast Island.

During the Battle of Bright Moon, Frosta changes her mind and decides to join the Princess Alliance.

Princess not associated with the Princess Alliance

Aura generation: When they work together, the Princess Alliance start to glow in their representative colors (Mermista: cyan, Perfuma: yellowish-green, She-Ra (often glowing): yellow/white, Glimmer: pink, Spinnerella: saturated lilac, Netossa: purple, Frosta: blue, Scorpia: purple). Entrapta does not aura glow as she is a non-elemental princess and is not connected to one of the runestones. 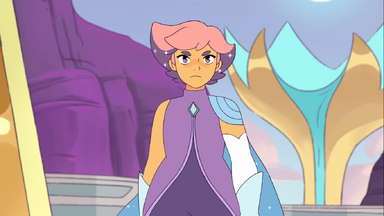 Glimmer, Co-founder of the Princess Alliance 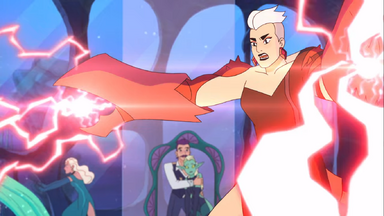 Frosta, youngest member of the Princess Alliance. Princess of the Kingdom of Snows. 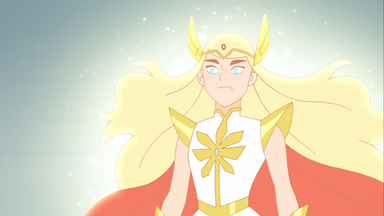 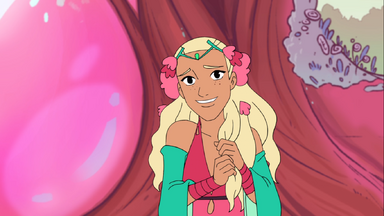 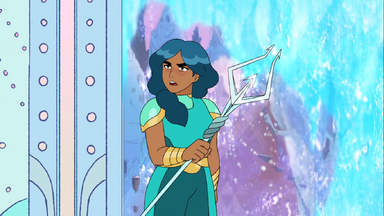 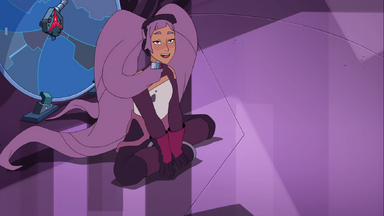 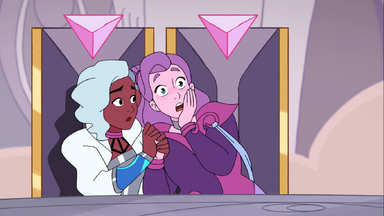 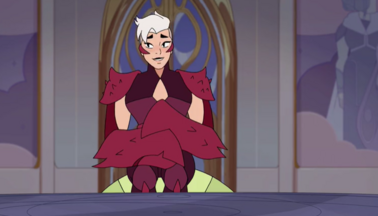 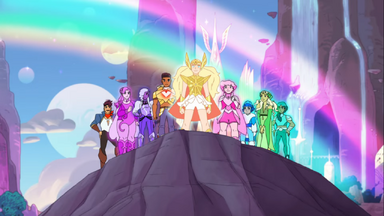 The Battle of Bright Moon
Add a photo to this gallery
Retrieved from "https://she-raandtheprincessesofpower.fandom.com/wiki/The_Princess_Alliance?oldid=48061"
Community content is available under CC-BY-SA unless otherwise noted.