She-Ra and the Princesses of Power Wiki
Register
Don't have an account?
Sign In
in: Episodes, Season 5 Episodes, Episodes that focus on Adora,
and 5 more 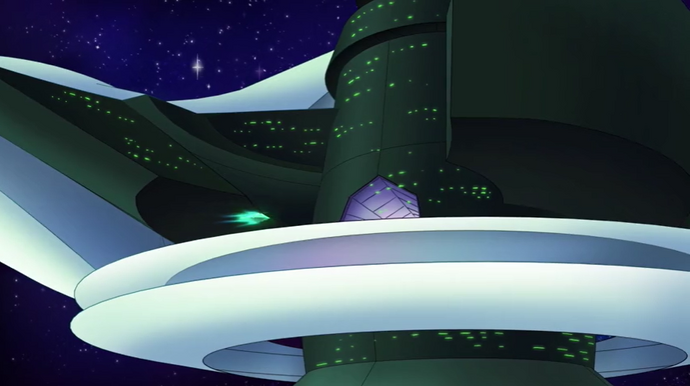 Stranded
Taking Control
Save the Cat is the fifth episode of Season Five and forty forth episode overall of She-Ra and the Princesses of Power. It was released on Netflix with the rest of the fifth season on May 15, 2020.

Adora surrenders herself to Horde Prime hoping to buy time for Entrapta, Bow and Glimmer to rescue Catra and hack Horde Prime's server, only to find that Catra has been chipped.

Adora piloted Darla, Mara's Ship, to Prime's space station with Glimmer, Bow and Entrapta, hidden outside the ship in space suits. She surrendered herself for capture upon touchdown. While the clones took Adora to Prime the other three split up, communicating with radio-enabled earpieces. Glimmer went to free Catra, Bow and Entrapta, so that they could hack the computer system. In a random clone room Bow dispatched two clones, Entrapta found who she thought was Hordak and gave him the Data Crystal; he attacked her but Bow knocked him out and disconnected him from the computer system. The Wrong Hordak then lost his connection to the hive mind and he freaked out. Bow and Entrapta brought Wrong Hordak along because he could lead them to the server room and open the door.

In Prime's throne room, Adora tried to bargain with Prime using the threat of the Heart of Etheria. Prime called her bluff, saying that she would never do anything to harm Catra. He then revealed that he is centuries old, he crushed the First Ones and knows that Adora is a First One. Prime then revealed chipped Catra, who was under his control. Prime tried is Catra as a bargaining chip; when Adora refused Prime severed her communication with her friends; mocking Adora for challenging him and then left Adora and Catra to fight. Adora manged to damage the chip temporarily freeing Catra but Horde Prime manged to possess Catra and make fall off the platform they were on.

In the trophy room, Glimmer attacked three clones while Bow, Wrong Hordak, and Entrapta entered the server room where they were overwhelmed by clones. It was taking too long to hack the server so Glimmer, who found her way to her friends, stabbed the computer with a lance, shutting it down.

Surrounded by clones a grief stricken Adora is able to summoned her true She-Ra form and defeated them quite easily. She carried an incapacitated Catra back to the ship, uttering Prime's words back to him, "You miscalculated."Entrapta summoned Darla when she and the others were surrounded by more clones. She-Ra showed up with Catra, and they boarded Darla and escaped. She-Ra used her powers to heal Catra's injuries. As Catra came back to Adora, she weakly smiled and greeted Adora with a "Hey Adora". The two hugged for a long time, both with tears in their eyes.

On The Velvet Glove, a purified Hordak found the Data Crystal. He seemed to recognize it and muttered one word - "Entrapta".