She-Ra and the Princesses of Power Wiki
Register
Don't have an account?
Sign In
in: Female Actors, Voice Actors, Crew, Cast

"She-Ra and the Princesses of Power" (writer, showrunner, actor)

Note to avoid confusion: This article will use he/she/they pronouns for Stevenson as they actively go by any/all pronouns.

Noelle Stevenson is an American cartoonist and animation producer.

Noelle has been the showrunner, developer and executive producer of She-Ra and the Princesses of Power and voices the character of Spinnerella in the series. She's also known as the creator of Nimona and co-writer in Lumberjanes.

Stevenson attended the Maryland Institute College of Art and graduated from MICA in 2013.

In the summer of 2012, Stevenson interned at BOOM! Studios and later helped develop and write Lumberjanes. Also in 2012, soon after posting the first few installments of Nimona online, they signed with HarperCollins to publish Nimona.

They also did freelance illustration for Random House, St. Martin's Press, and Label Magazine. She has also worked with Ryan North on his Kickstarter-funded book To Be or Not to Be, a choose-your-own-adventure-book based on Shakespeare's Hamlet.

They worked as a writer for Marvel Comics, made a guest appearance in two episodes of Critical Role, and in 2016, became executive producer, showrunner, editor, and actor on DreamWorks Animation Television's rebooted She-Ra and the Princesses of Power. In 2015, they started working on the show's bible, eventually becoming head showrunner and executive producer.

In March of 2020, Stevenson released a comic-memoir about her life leading up to their late 20s called "The Fire Never Goes Out."

Noelle grew up in the United States, in North Carolina with her parents and siblings. In July 2018, she got engaged to fellow cartoonist Molly Ostertag. In September 2019, they got married. 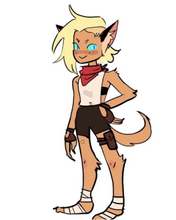 They have too many awards and nominations to put on this page, please see Wikipedia: https://en.wikipedia.org/wiki/Noelle_Stevenson#Awards_and_nominations