She-Ra and the Princesses of Power Wiki

What's on your mind? 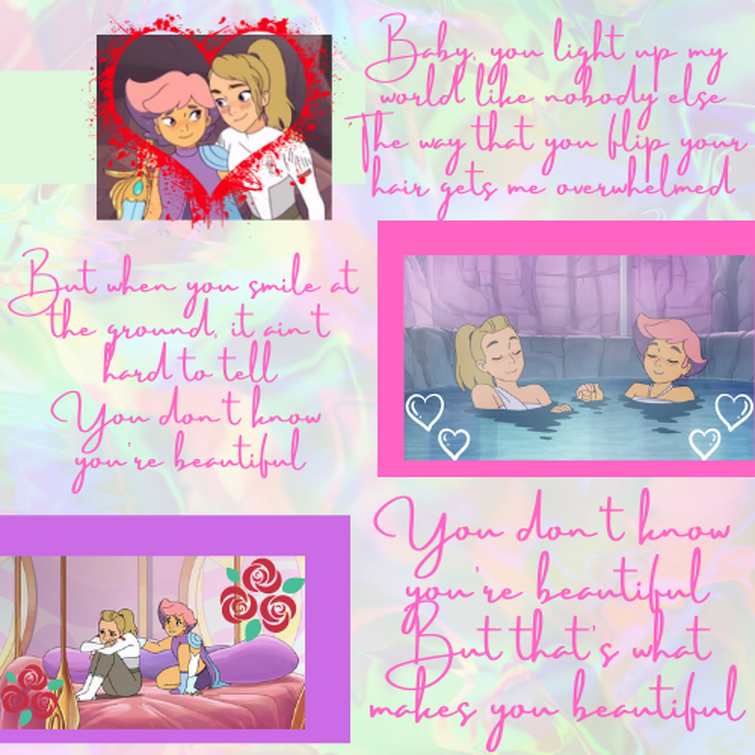 The song: What Makes You Beautiful by One Direction.

Ok, I just got done reading a fanfic and it made me realize something. Are there people with prosthetics? Because, the war lasted for years and even with out the war you could still lose a limb other ways.

Yes, Micah is arriving home in this week's continuation of the story!

I will dedicate this part to all of you Glimmer fan's, particularly.

Sea Hawk brings Mermista home, and Salineas vows to bring her people back together with Sea Hawk's help:

Then, Catra and Adora enjoy an adventure with Swift Wind, until Adora takes them back to the ruins of the Crystal Castle.

And, as Glimmer and Bow prepare for Micah's imminent arrival, Adora and Catra make a disturbing discovery and get caught with Swift Wind in a terrible storm.

Now, Micah is finally arriving home, and it is an emotional time for everyone.

Bright Moon shines in the night as festive lanterns guide Micah’s small entourage to the main gates. Glimmer and Bow stand just outside the gate to greet him, and flanks of guards bow low as he nears. Micah approaches with restrained emotion. But his face betrays his deep feelings of pride at seeing his daughter so regally arrayed, so confident and beautiful in her nobility.

Stopping a few feet distant, Micah executes a bow almost at the same time that Bow and Glimmer do also. Then, smiling, Glimmer steps forward to him, her arms outstretched.

They embrace warmly. Micah bends his head and softly touches his beard to Glimmer’s hair, as she lays her head against his cloak.

Bow folds his hands by his heart and smiles, his eyes glittering with emotion at the reunion. After several moments, Glimmer steps back and looks up at Micah.

Glimmer: Well. Come on in!

She takes Micah’s hand and leads him through the gates.

Swift Wind rises up with his companions in a wave of swirling air, then abruptly pushes through as the airstream buckles beneath him. One moment, he strains against a wall of wind, and the next he is catapulted ahead by a sudden gust. He struggles to rise further than the canopy of the trees, but with each effort, they are slammed back down into the thick of the Whispering Woods. And with every moment, they are in terrible danger of being smashed against the massive trunks.

She-Ra leans in close over Catra, protecting her with one arm as she grips Swift Wind’s mane in the other. She and Catra lean from side to side to avoid being struck by the passing branches.

Now, gripping tightly with her legs, She-Ra releases Swift Wind’s mane to draw her sword. In a powerful gesture, she swings it in a wide arc above their heads.

She-Ra: [grunting with the effort] Nggghhhaaah!

The light of the sword describes a circle, which expands and explodes outward with terrific force, pushing away the fury of the storm. For a moment, they are surrounded by calm. But after only a few seconds, the storm collapses in on them again.

She-Ra makes another attempt, but her efforts are frustrated.

At this point, it is the storm that carries them aloft and propels them, as much as any effort from Swift Wind. In fact, it is all he can do to prevent them from being smashed against the trees. As it is, they are continually crashing through branches, and She-Ra particularly bears the brunt of scratches and bruises from their head-long, careening course.

All at once, Swift Wind loses control, and they begin to tumble through the air.

Glimmer is smiling, as she and Bow accompany Micah on a tour of nostalgia. She looks up and sees her father’s emotion at greeting his former home, sensing his delight in rediscovering the familiar.

Their walk through the great, curving hall brings them to the Council Chamber, where Micah stops and lingers. He touches every chair, recognizing where he and Angella used to sit for meetings of the First Princess Alliance. Then, his eyes rest on the mural of figures covering the walls. In the center, he sees her image, arms outstretched in a sign of power and unity, as well as the hope for peace. Glimmer and Bow watch as Micah touches his hand to his heart, then gestures quietly to the image of his wife. His eyes sparkle with a love that could never fade.

Later, as they come near to the throne room, Glimmer tenses a little. Bow notices, and places an encouraging hand on her shoulder. Glimmer looks toward him with a troubled frown. She touches his hand briefly. Then, her expression becoming suddenly stoic, she turns away. With a nod, she commands the guards to open the doors and steps into the room, leading the group.

The banners hang regally, and the golden petal walls sparkle with the light of the Moonstone shining into the chamber. Even Micah stands a bit awe-struck at the grandeur around him. Gathered within are also a crowd of Bright Moon inhabitants, and an honor guard of many members stands in ceremonial dress along the walls. They all bow as one, while Glimmer takes her place in the center of the chamber, smiling. She takes a deep breath.

Glimmer: [in a strong voice] Father, I would like to officially, and on behalf of every citizen of Bright Moon, welcome you home to Castle Bright Moon!

The crowd lets loose a flood of held-in emotion: joy at the return of their beloved king, mixed with residual relief from the end of war with the Horde. The strength of their cheers causes Micah to blush. Looking around the room, he recognizes a number of faces from his past life. His gaze returns to Glimmer, who squints through her smiling tears. She takes his hands in hers and gently pulls him closer.

Micah notices that Glimmer is gesturing to the far side of the room. His eyes follow to where she is pointing. Upward, to the Queen’s throne. No. He frowns, noticing something out of place. The crest atop the back is not Glimmer’s. It’s King Micah’s crest. His throne. The one that stood beside Queen Angella’s throne a lifetime ago. Now standing alone.

Slowly, he turns back to see his tearful daughter, frowning and smiling at the same time. He sees in her eyes how much she is trembling on the inside, though outwardly she stands calmly as the queen she is.

Micah: [shaking his head] No. Glimmer. That isn’t mine anymore.

He holds her hand gently in his own. Glimmer’s lip is trembling.

Reaching up to the back of his head, he removes the golden ring from his hair and places it in Glimmer’s hand.

Micah: [his voice trembling with emotion] I have missed her . . . so much. Now, [smiling] I’ve come back.

And he lowers to one knee, holding Glimmer’s hand, looking slightly up, into her eyes.

Glimmer’s tears are beginning to trickle down her face. Yet she smiles and giggles a small giggle of relief.

She kneels down with him and lays her arms on his shoulders.

Glimmer: But I will always be your little girl, too.

Father and daughter embrace tightly. And all around them, the people of Bright Moon gather near in silence, sensing a moment too beautiful to disturb.

What other tv shows are similar to this one?

Inspiration from @/Aspen Apples on The Owl house wiki.

Please read the rules below before commenting! 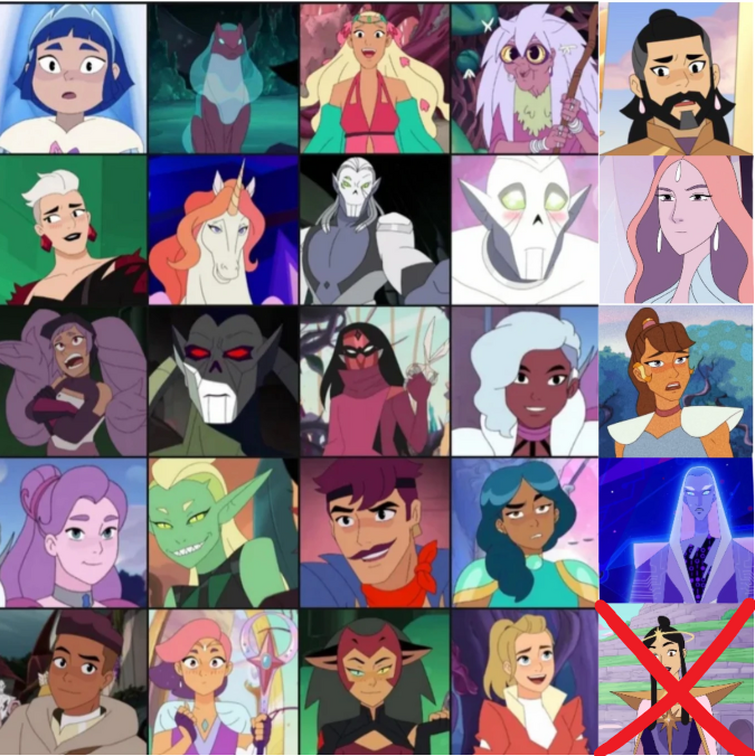 Please read the rules below before commenting!

Inspiration from @/Aspen Apples on The Owl house wiki. 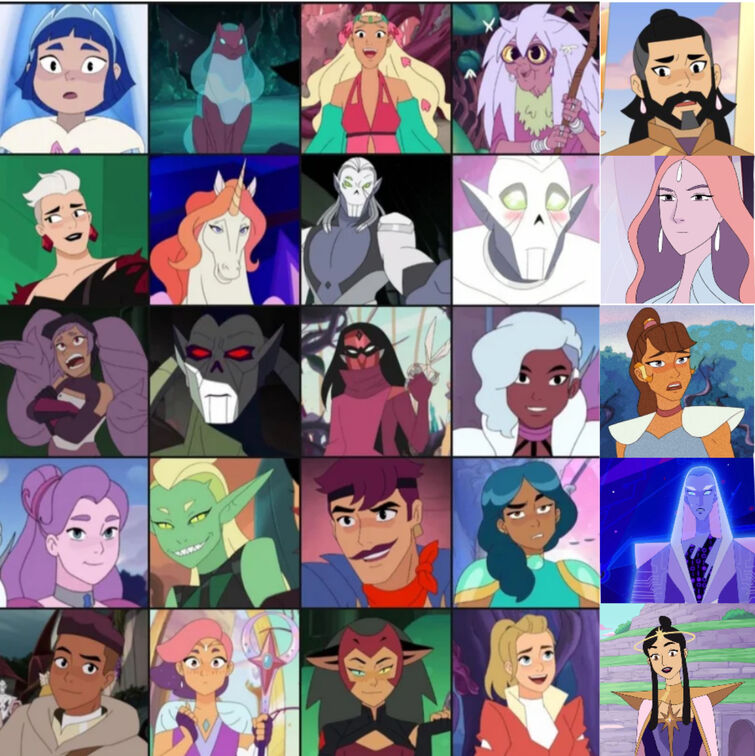 @/BrianSturgill asked If I could do one of Spinnerella next so I am!! 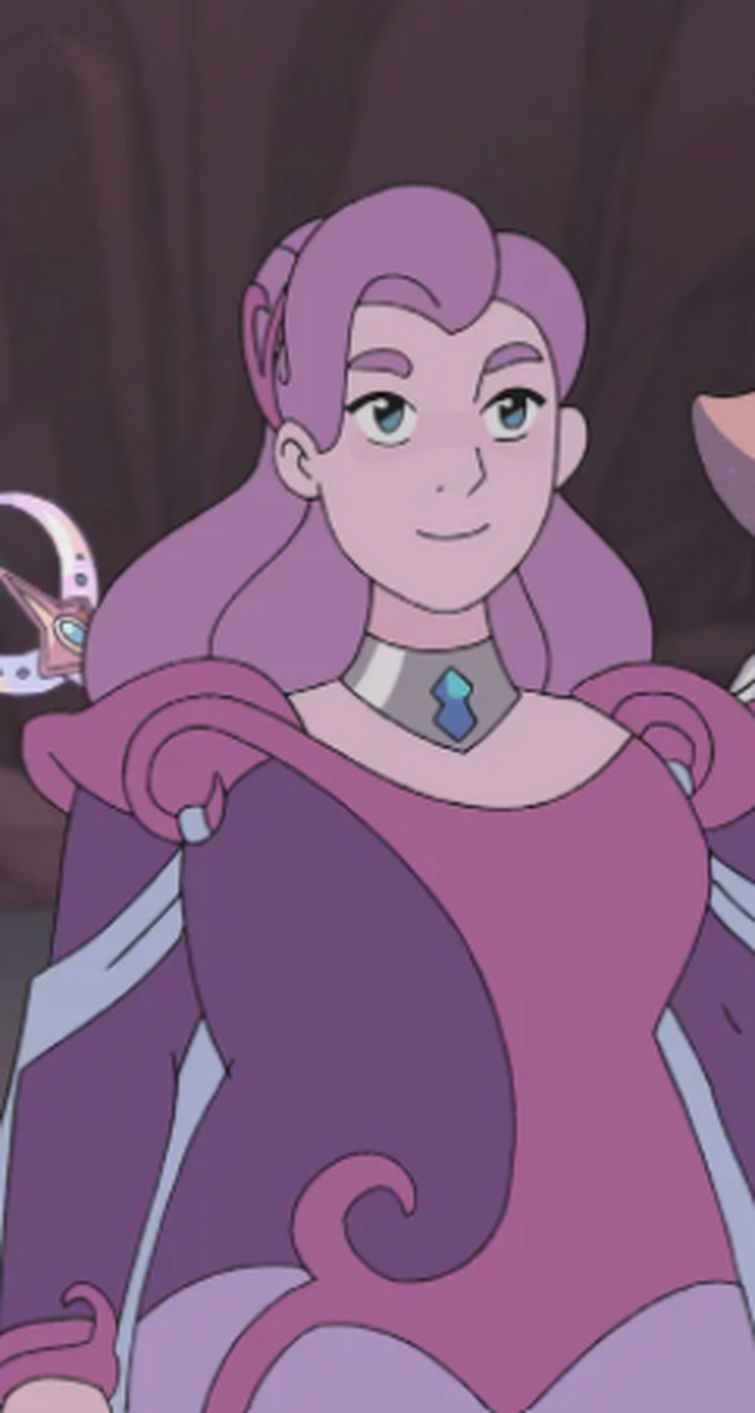 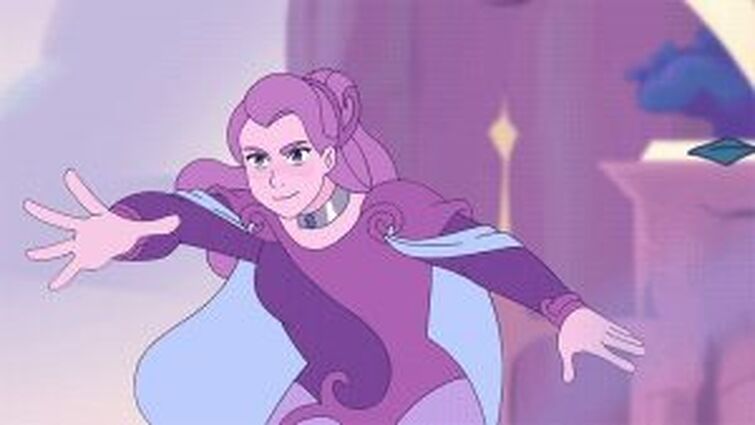 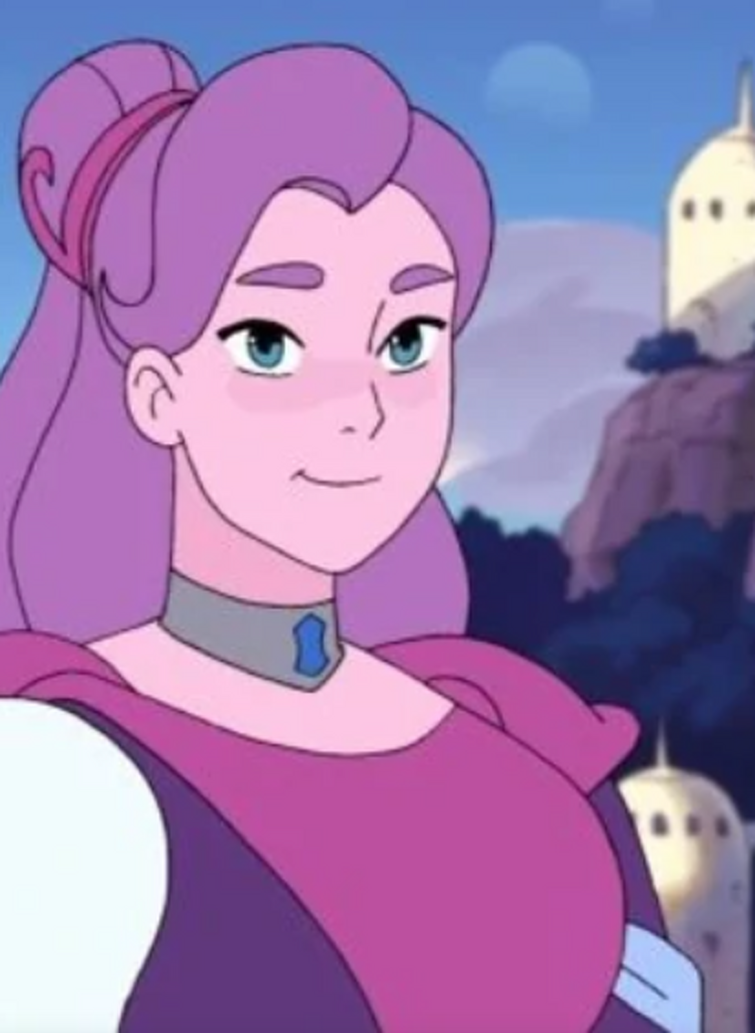 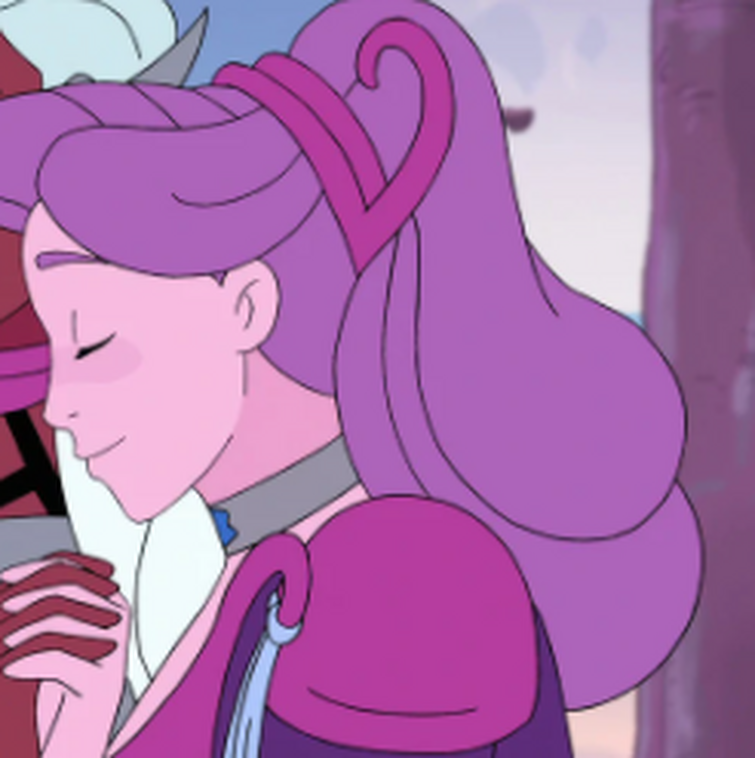 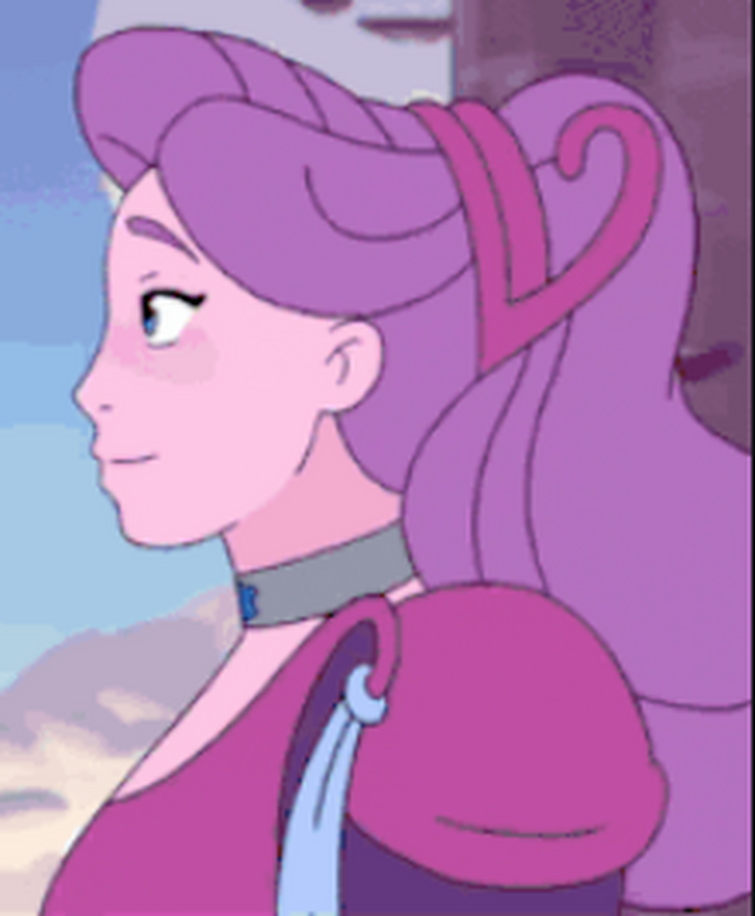 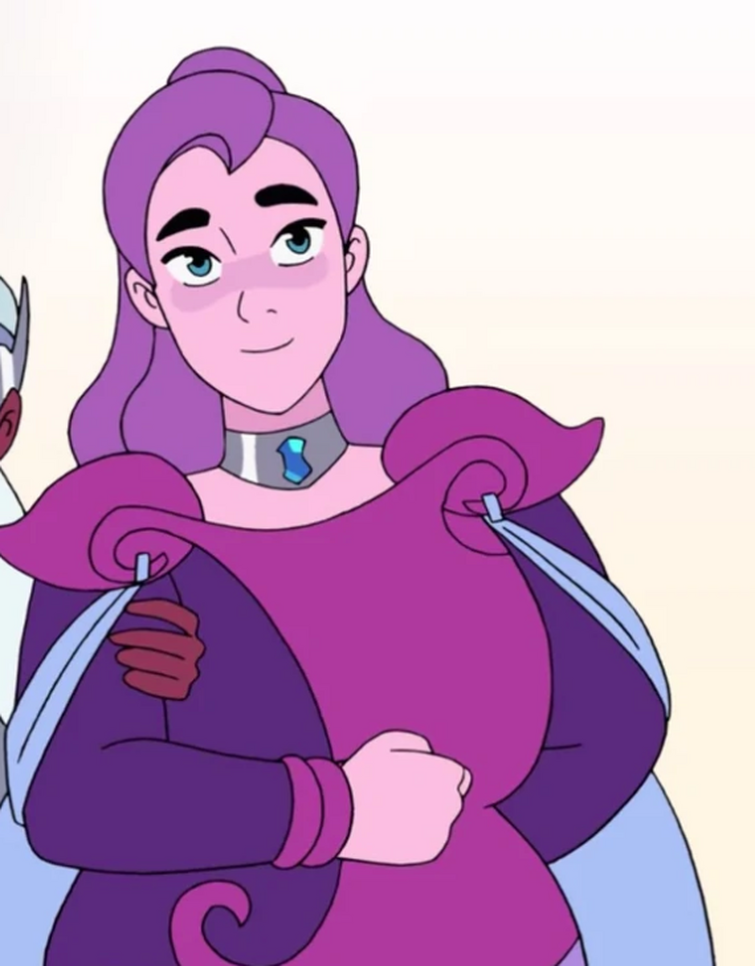 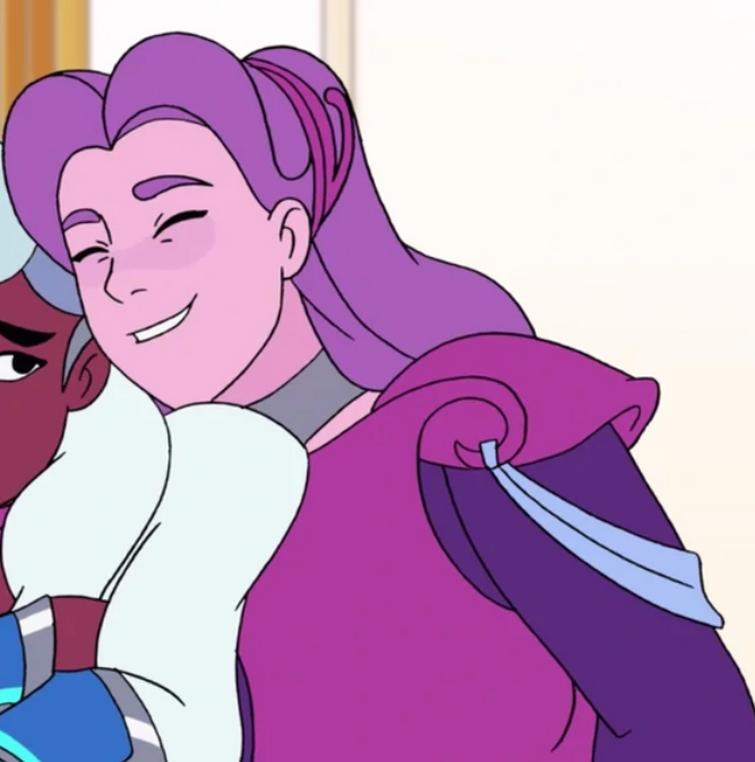 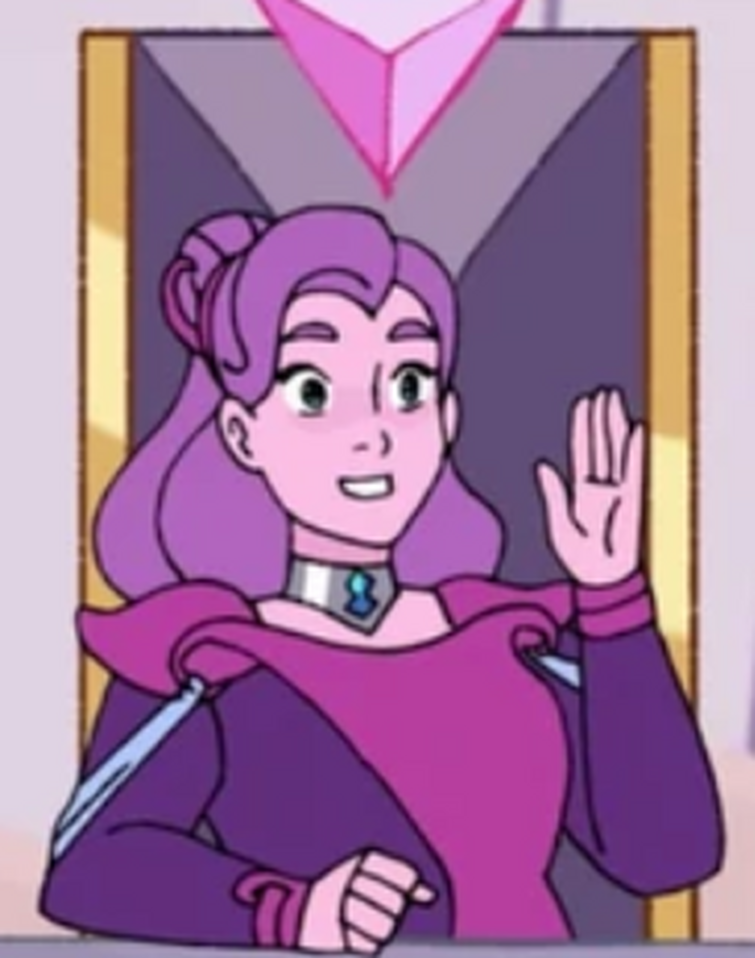 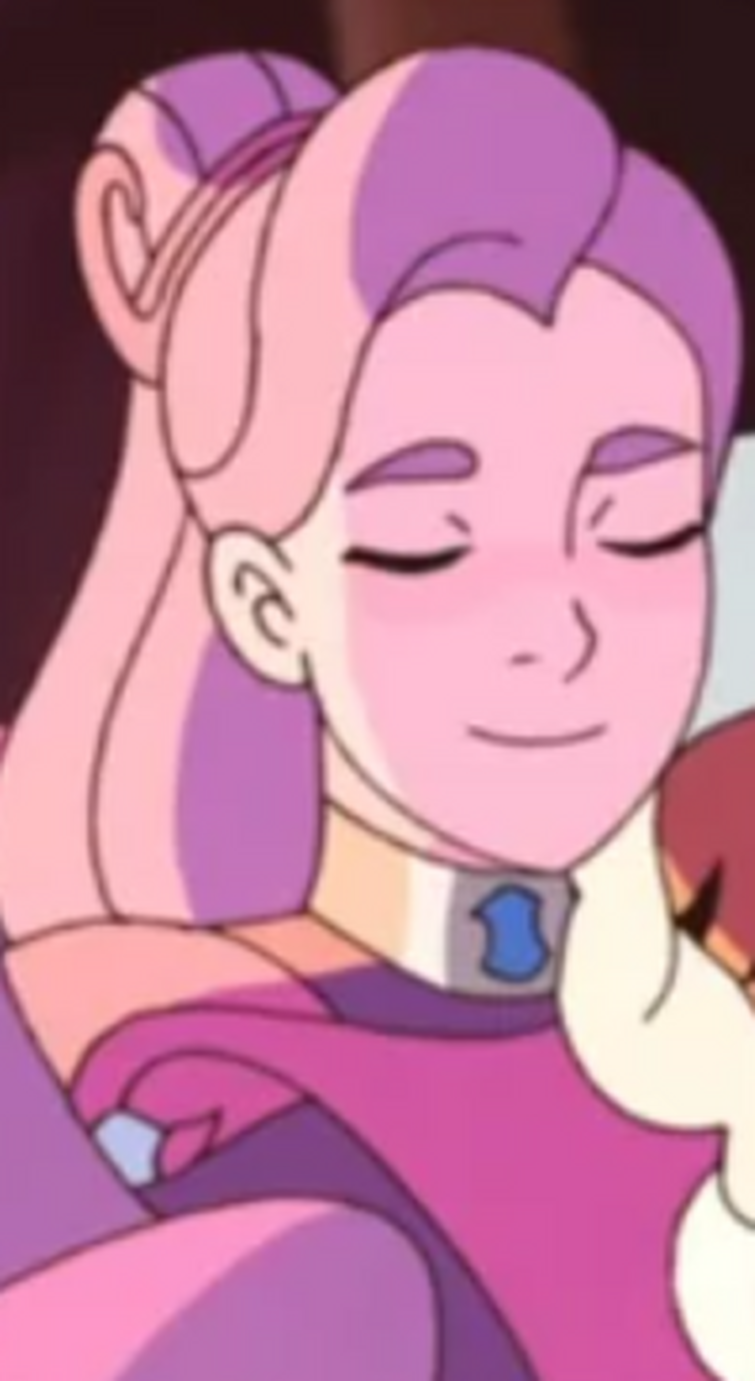 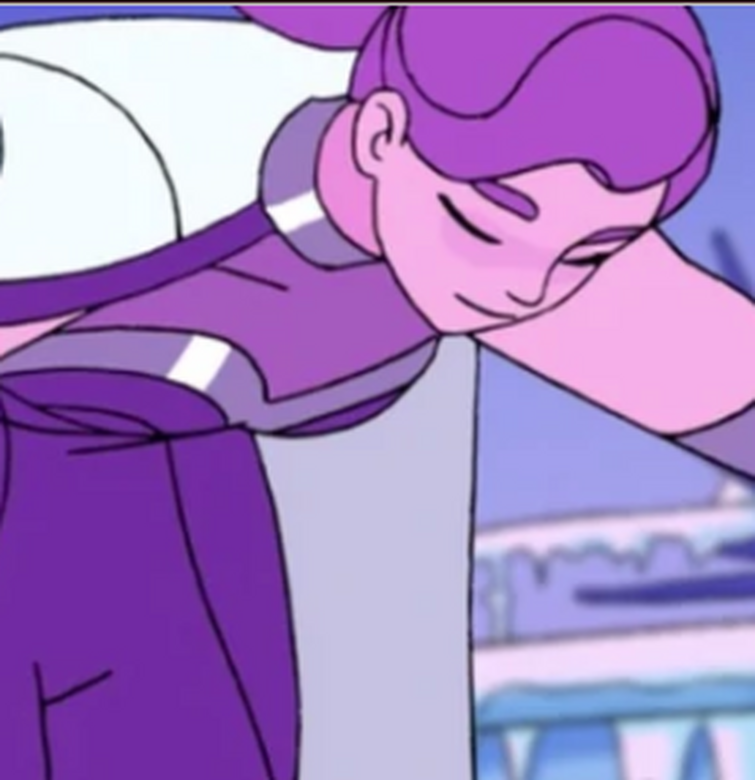 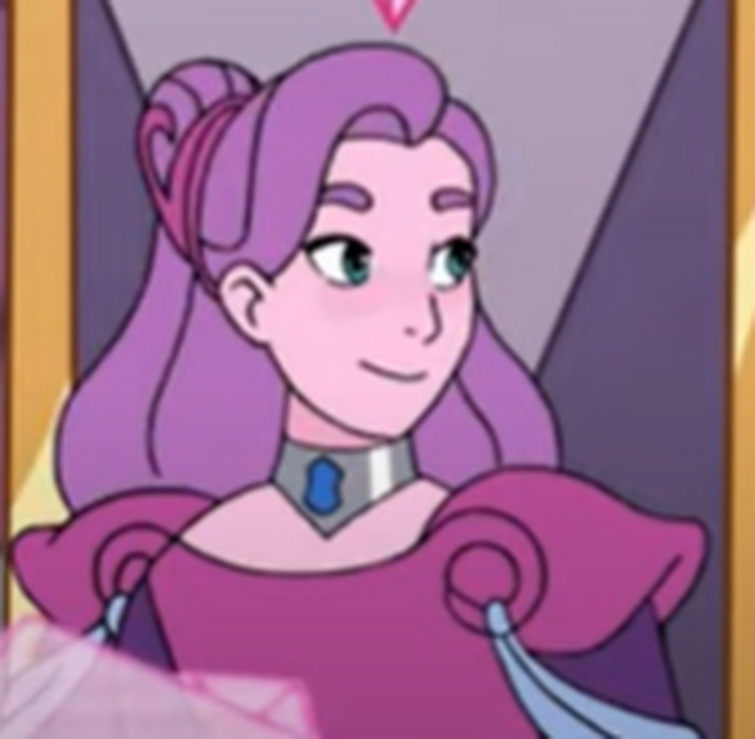 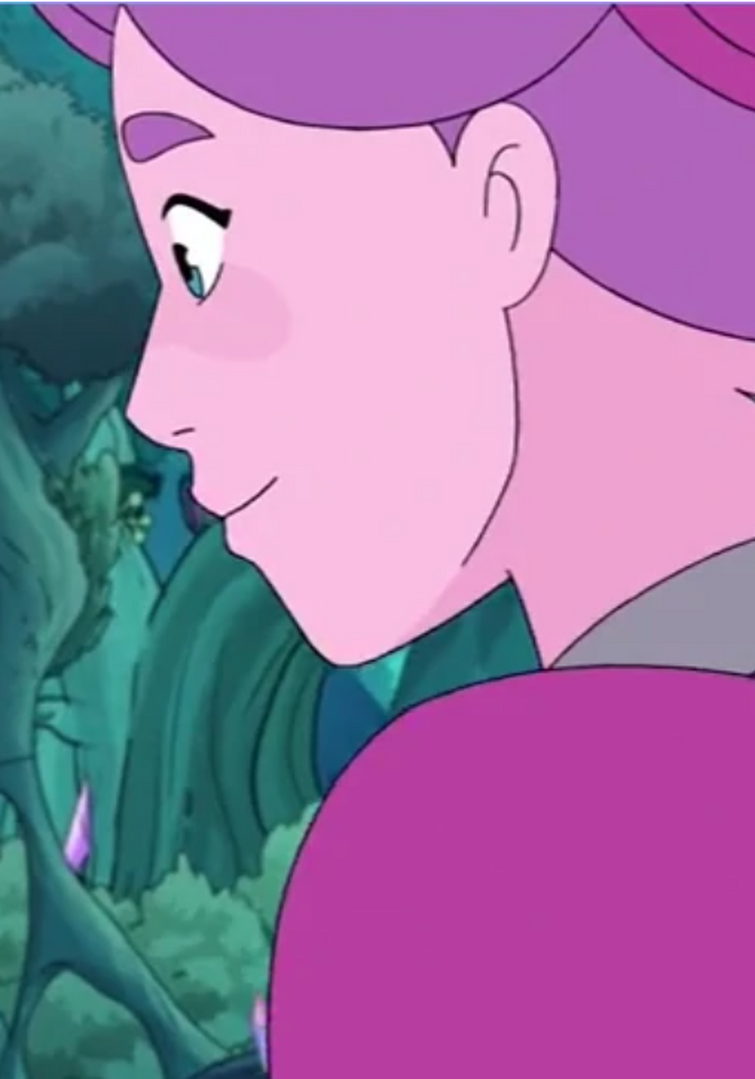 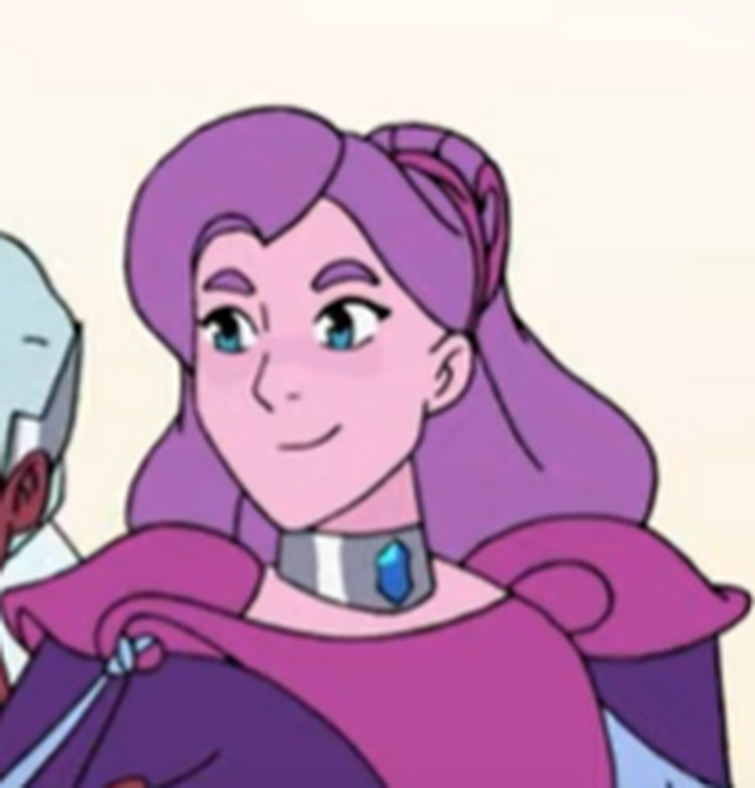 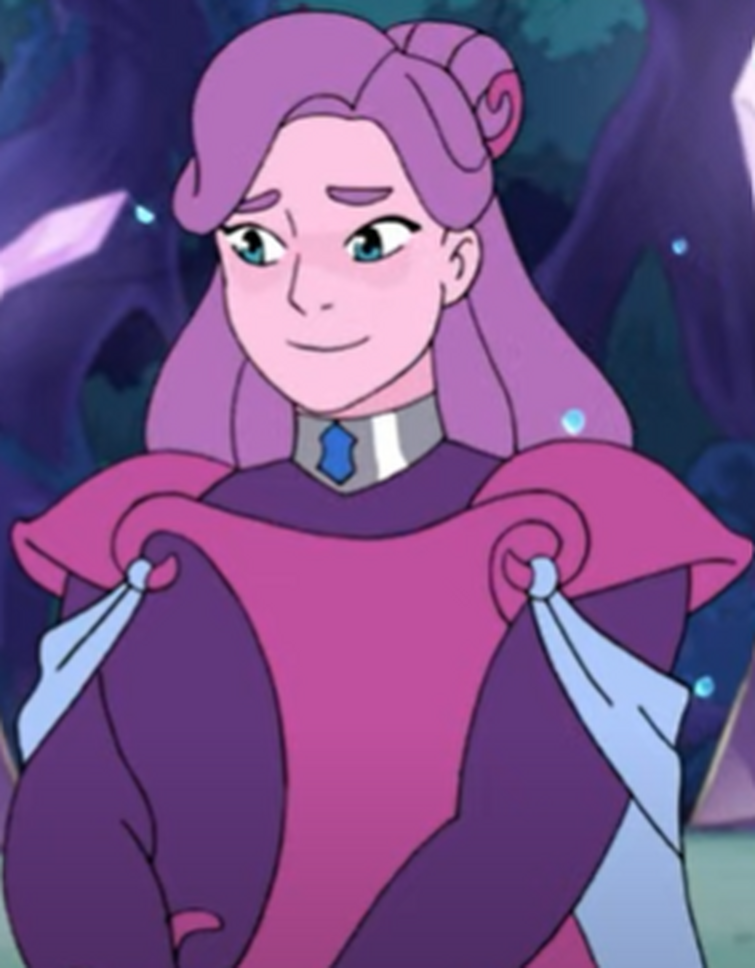 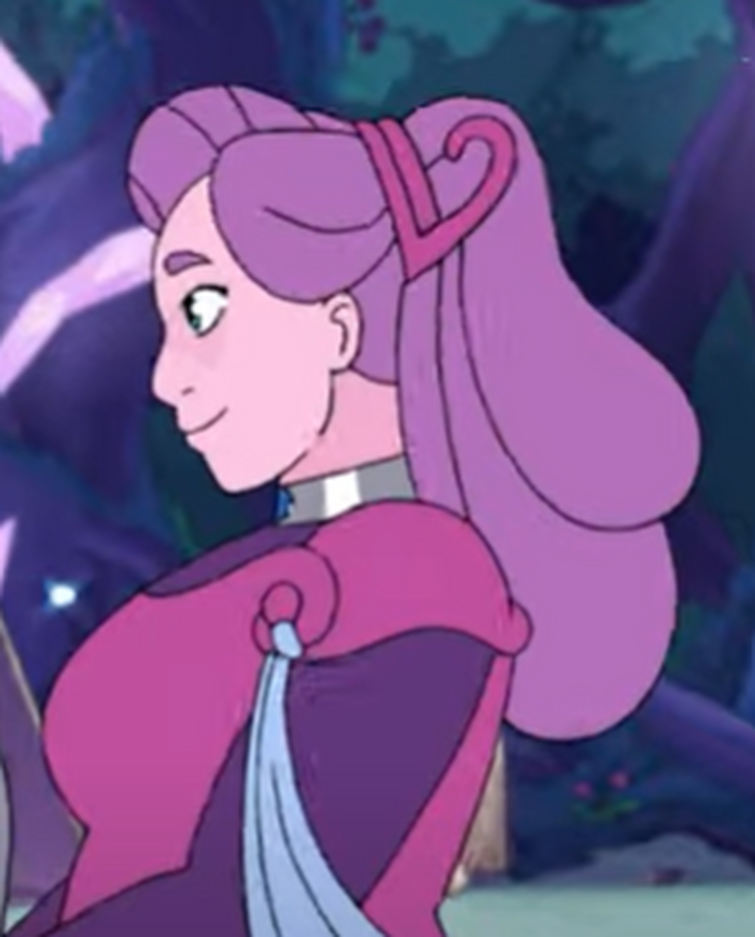 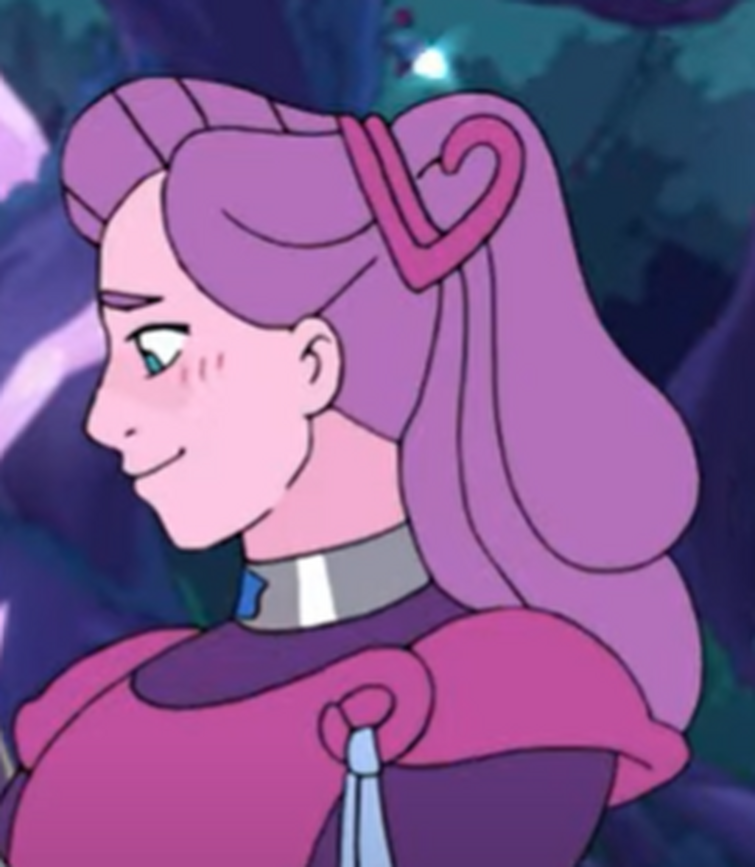 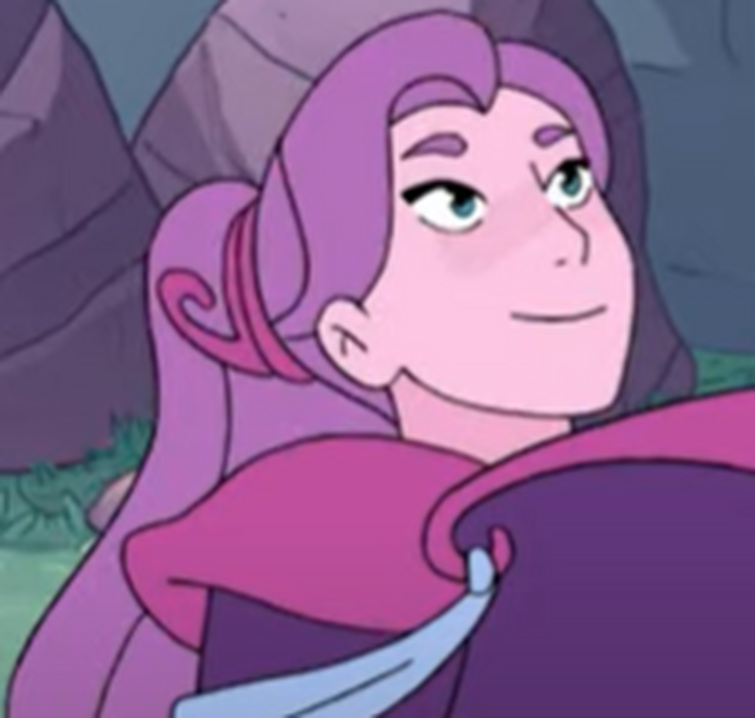 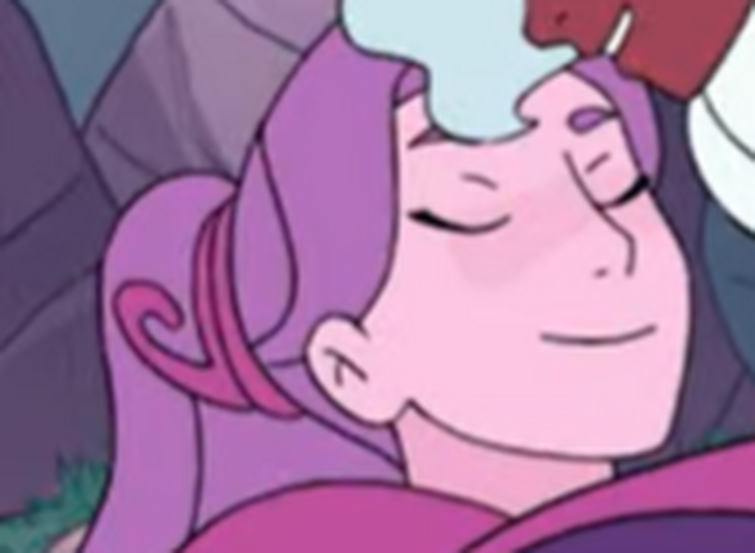 Adora: If you were to vacuum up jello through a metal tube, well I think that’d be a neat noise

Catra: I beg to differ

Scorpia: What's a word thats a mix between 'sad' and 'mad'?

Frosta: I think I'm having a mid-life crisis.

Catra: This is a mistake

Adora, enthusiastically: A mistake we're going to laugh about one day!

Catra: But not today

Adora, still enthusiastic: Oh, no. Today's going to be a mess

Catra: Dear friends, your Christmas gift this year… is me. That’s right, another year of friendship. Your membership has been renewed.

Catra: Am I in trouble?

Adora: Hey Catra can I get a sip of your water?

Catra: It's not water. 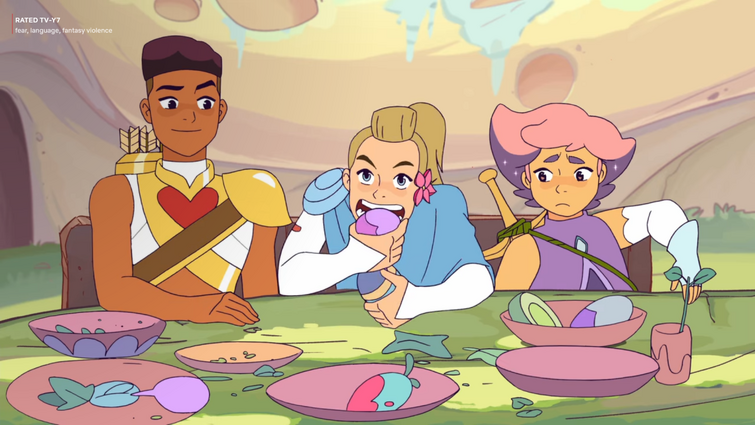 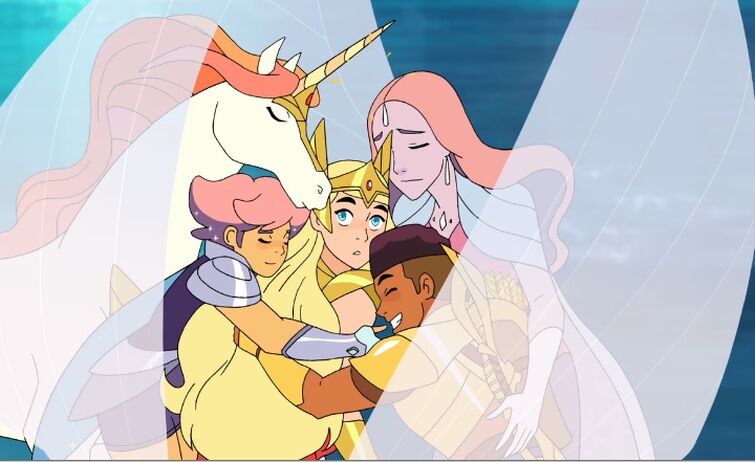 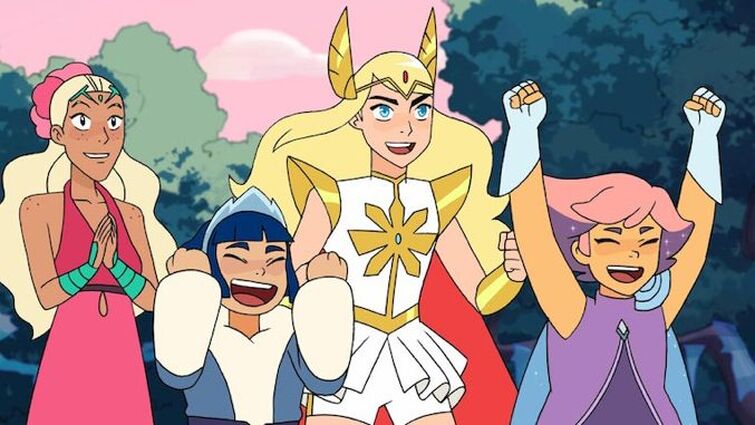 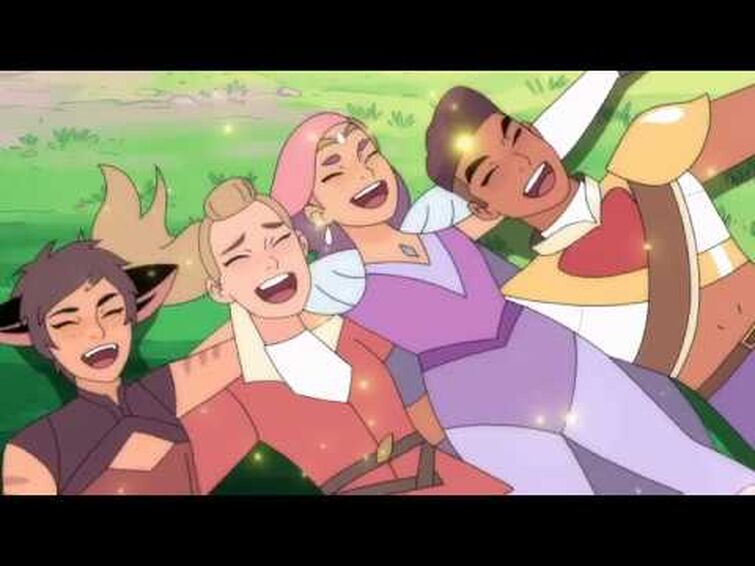 Today, I am grateful for many things.

High on the list, I am thankful for this amazing and beautiful community.

Thank you for welcoming me and encouraging me and sparking my creativity.

I really needed to be part of a group like this! You are wonderful. :)

What are you all thankful for?

What other kineses could they have in she-ra?

It's 1 in the morning and we're bored, so we decided to make this post. /lh

So here's how the rating system works:

Positive-positive (true positive): Absolutely flawless, only flaw is its lack of screen time GIVE US MORE >:'(

Neutral-positive: Nothing personally against it, but probably not our favorite to talk about.

Positive-negative: So many mixed emotions, it's probably for the best not to get into it. /lh

Neutral-negative: Several issues with this, but could be worse- at least it's not that ship...

Neutral-neutral (true neutral): Eh, not really for or against it; we can see why people like it, but we personally don't.

Negative-negative (true negative): Absolutely despise it, why was it even implied or mentioned at all?

We decided to include canon ships/(former) crushes in this one rather than fanon/slightly implied ones since it's much simpler that way. /g /lh

So, without further ado, here is our rating image: 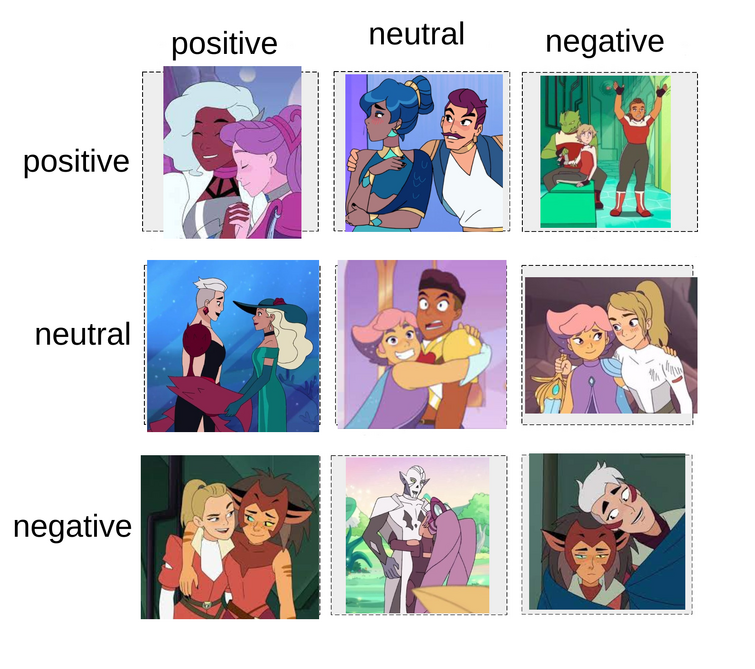 You can ask for our reasons, if you'd like.

My parents have become sort of soft-core She-Ra fans, but based mostly on my fanfic that I've been reading to them! XD

I've shown them a bit from the start of the series, but they started getting into the characters from my story, and now they think the series is great!

I admit it. Makes me feel kinda proud, and it was a nice surprise to me! :)

If you have a cool story of when you introduced the series to someone else, please share it below!

Ok, I’m curious, what weapon would y’all use?

Ok, I don’t know how I came up with this, but I’m doing it. Who do you think would be the best roaster in she-ra?

Help us grow She-Ra and the Princesses of Power Wiki